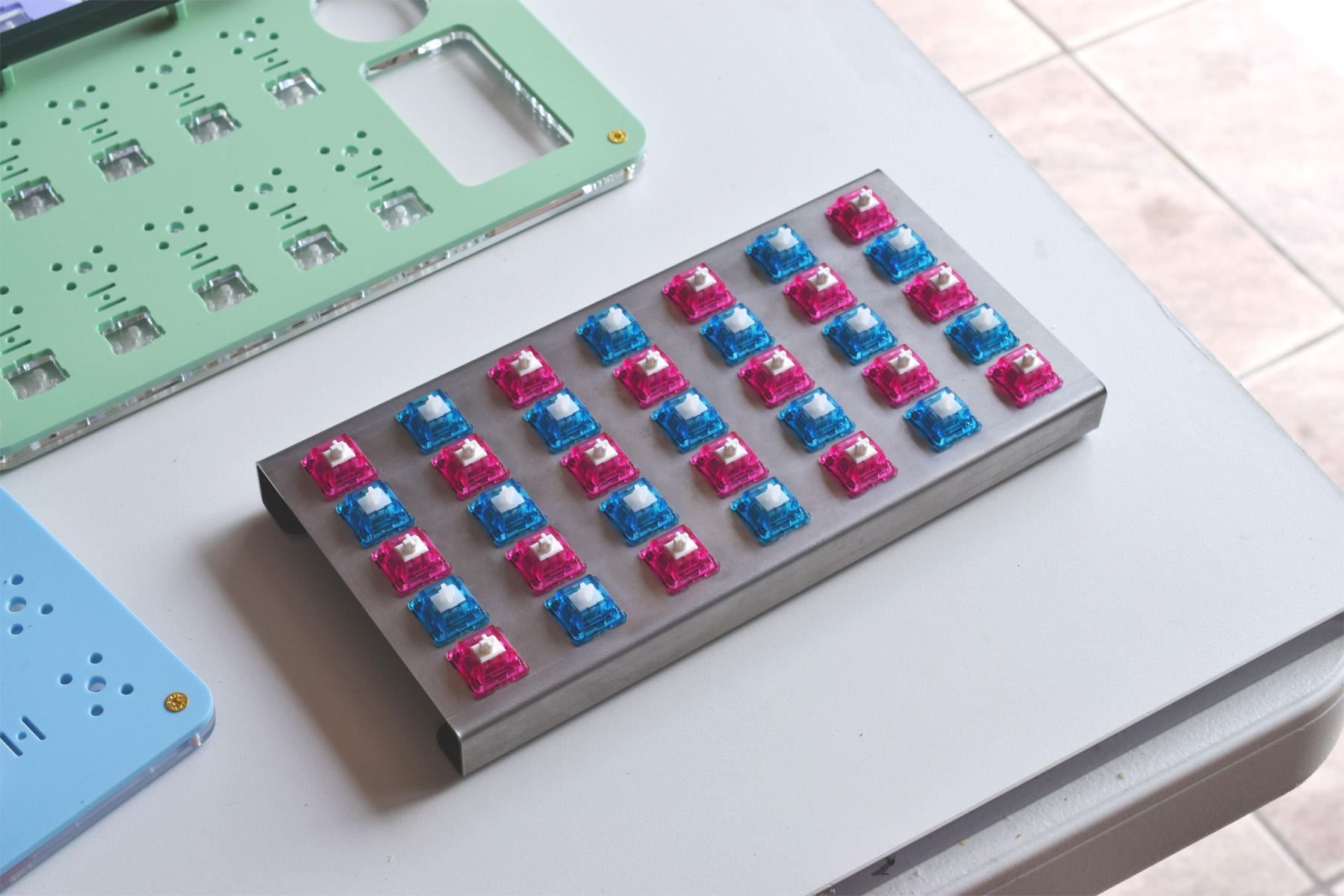 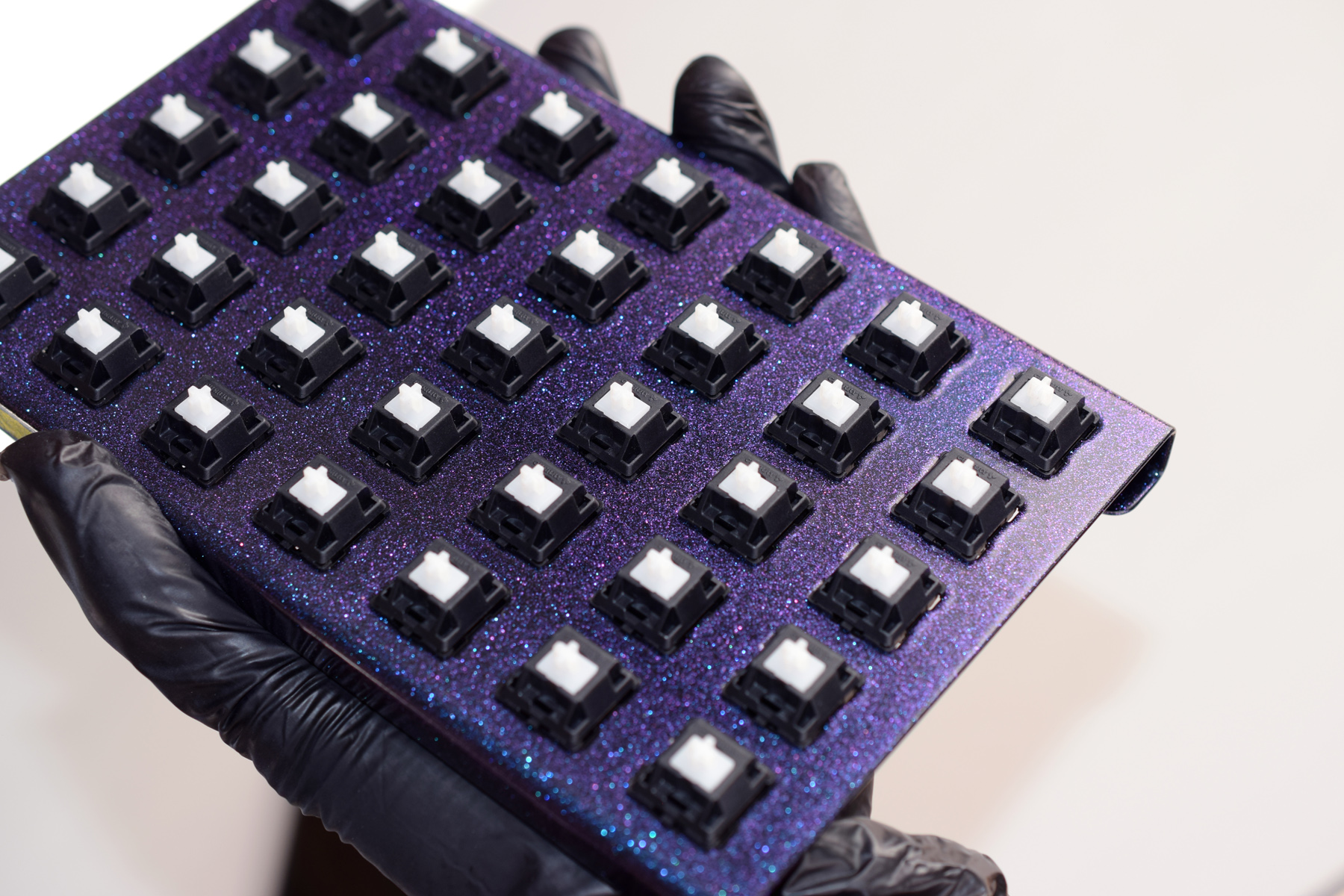 This is my first attempt at seeing what can be done by outsourcing jobs to local businesses. I was mainly curious to know how feasible it would be to produce and sell a batch of metal lube stations. It’s easy-enough for me to laser cut holes into acrylic, however, it just doesn’t feel very validating or fulfilling to me as a maker, and ironically I don’t like the amount of plastic waste lube stations made.

For this project, I was willing to pay a premium for convenience. The option for easy pick-up and straight-forward conversations made local manufacturing extremely enticing.

There were a few setbacks along the way, but fortunately, I was able to get assistance from Kilners Engineering for the metal work, and S&S Powder Coating for the coat.

Folded Sheet Metal at Kilners Engineering was <150AUD for a one-off. Naturally, the pricing does get cheaper with scale, however, ultimately processing time is what contributes to cost. There’s not much I can do to further optimize my Lube Station for processing; there will always be forty squares that need cutting out.

Powder Coating is a relatively labor-intensive job, and pricing depends on who you go to. On separate occasions, at two different businesses, I paid 60AUD for one-off jobs; more units will cost more, but it gets cheaper, relatively. A batch of panels with the Chameleon Sapphire colourway will cost more than Matte Black because it is a thicker, more premium coating. 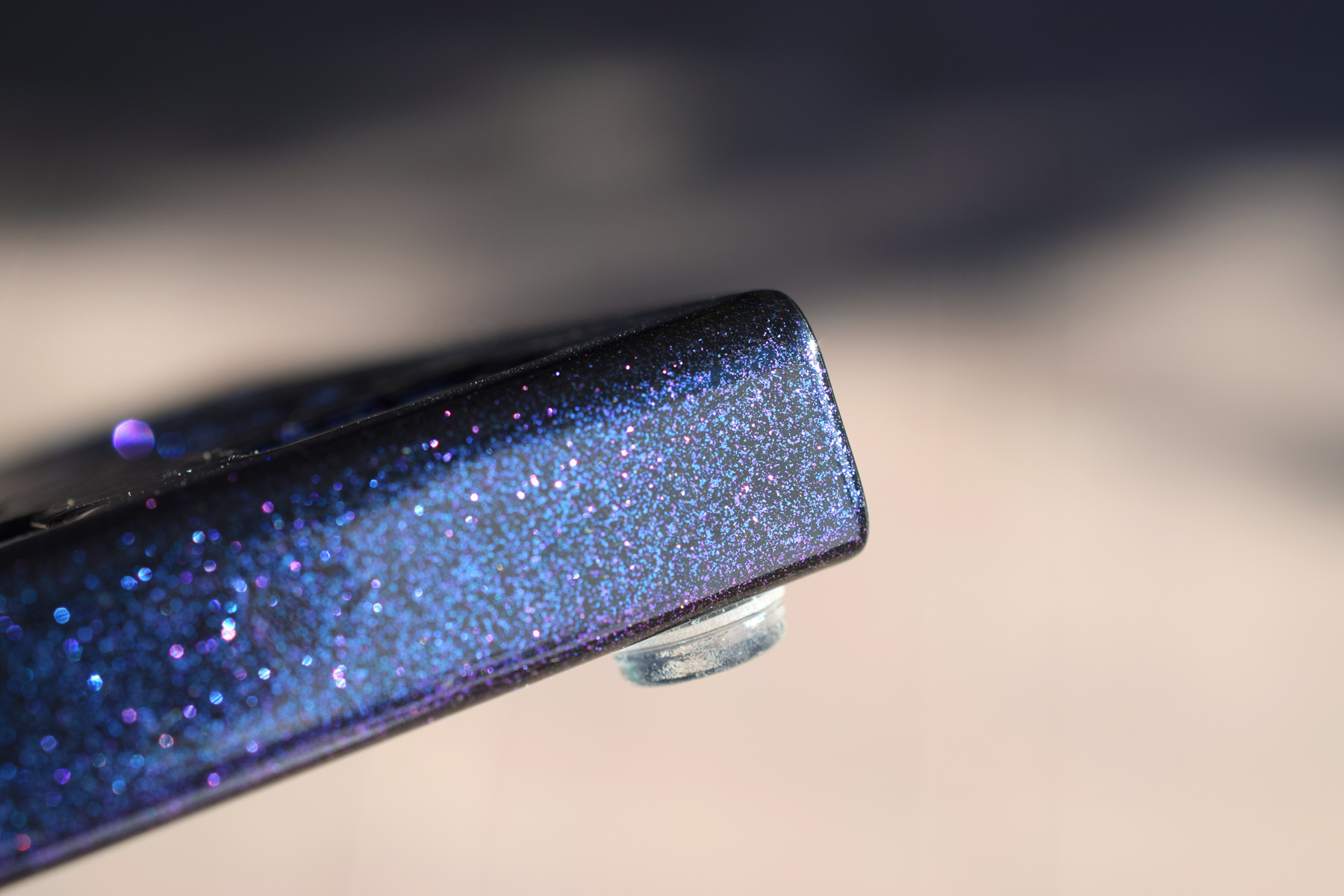 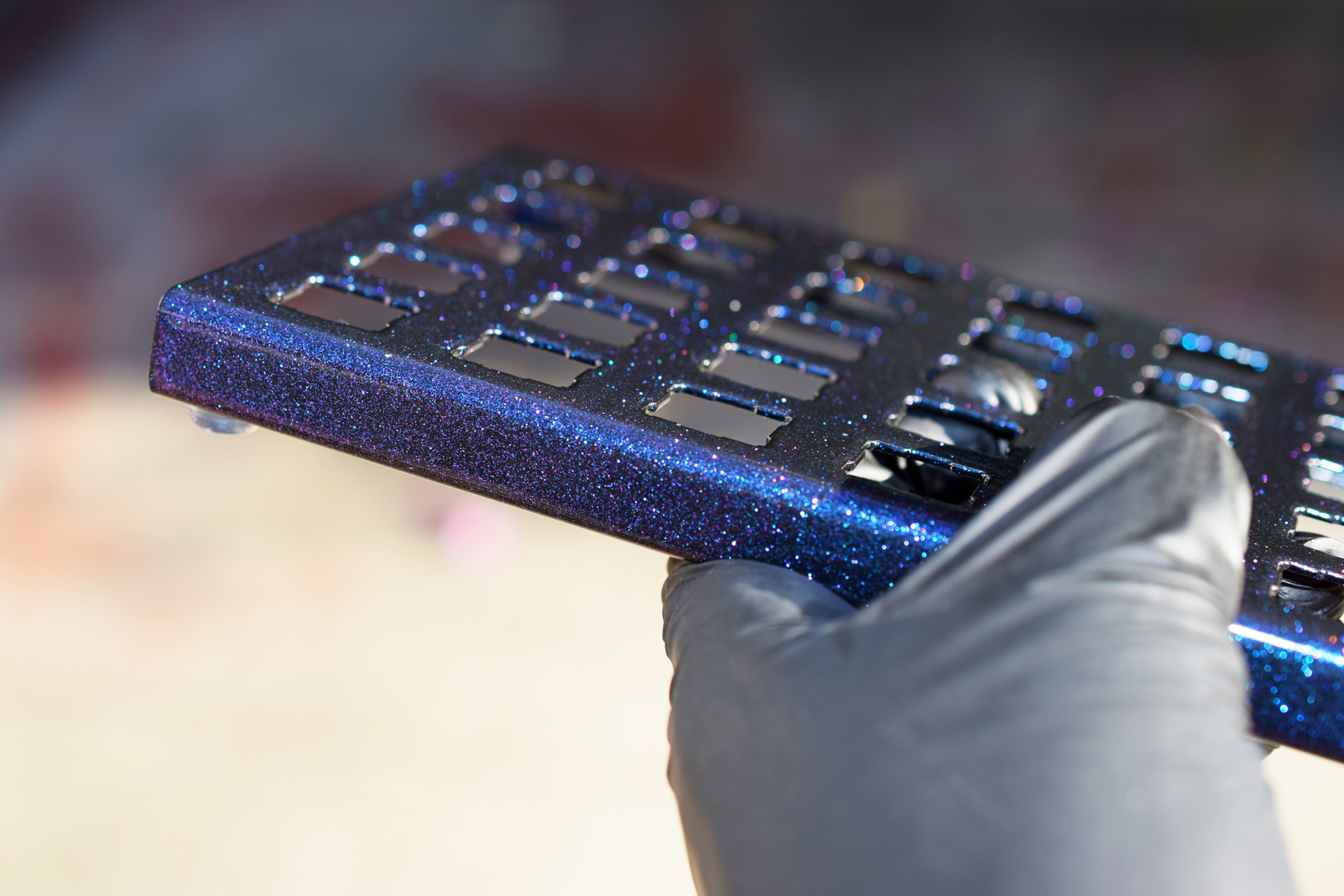 Table 1. Progress over the 10 month period

What isn’t shown is the amount of time spent contacting and searching for places to help me out. I sent around twenty-five emails asking different laser processing businesses for quotes, with a large majority not replying back. It took around two months of email chains and conversations before I got Prototype 1 made, however, they ultimately stopped responding, which required me to go elsewhere. 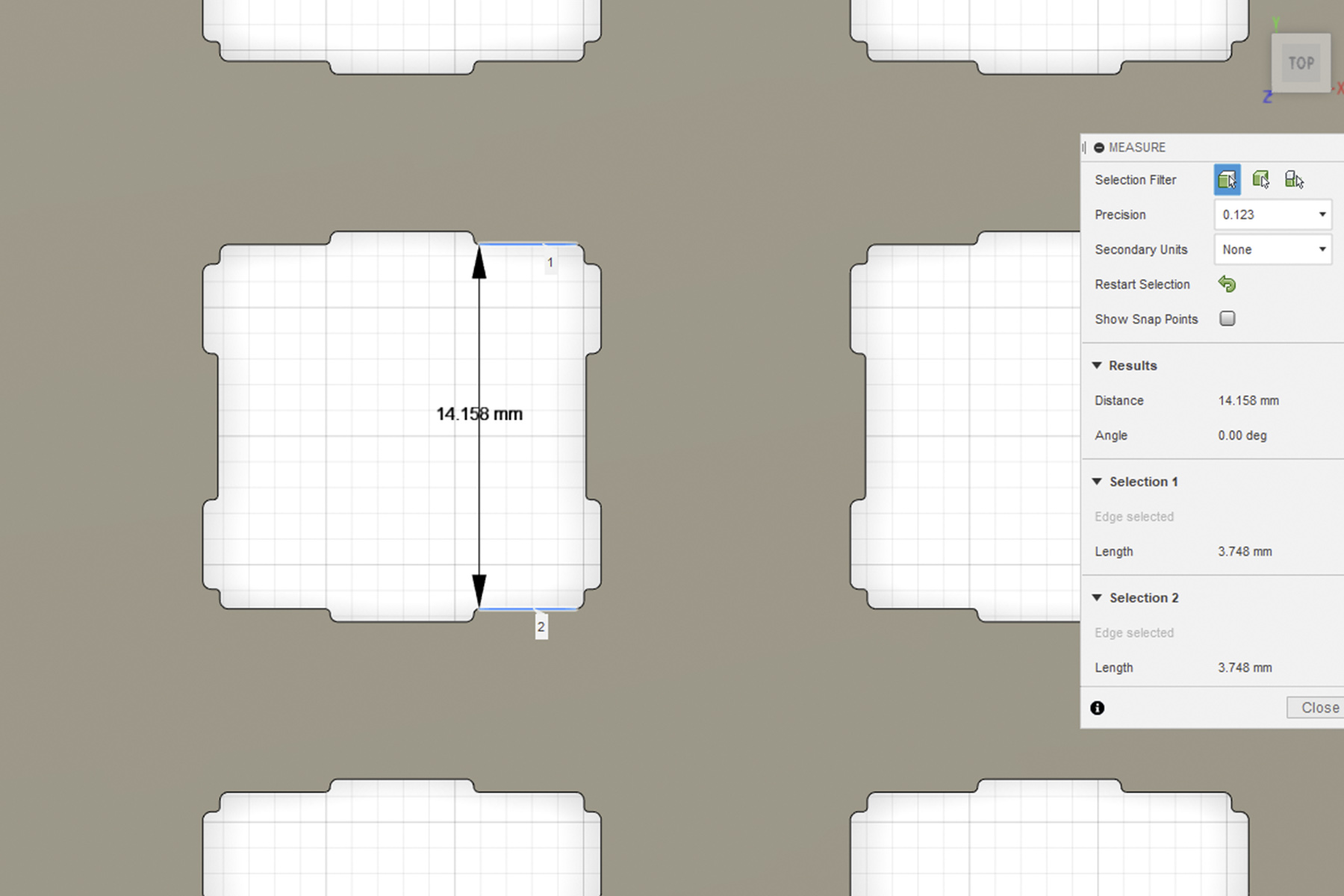 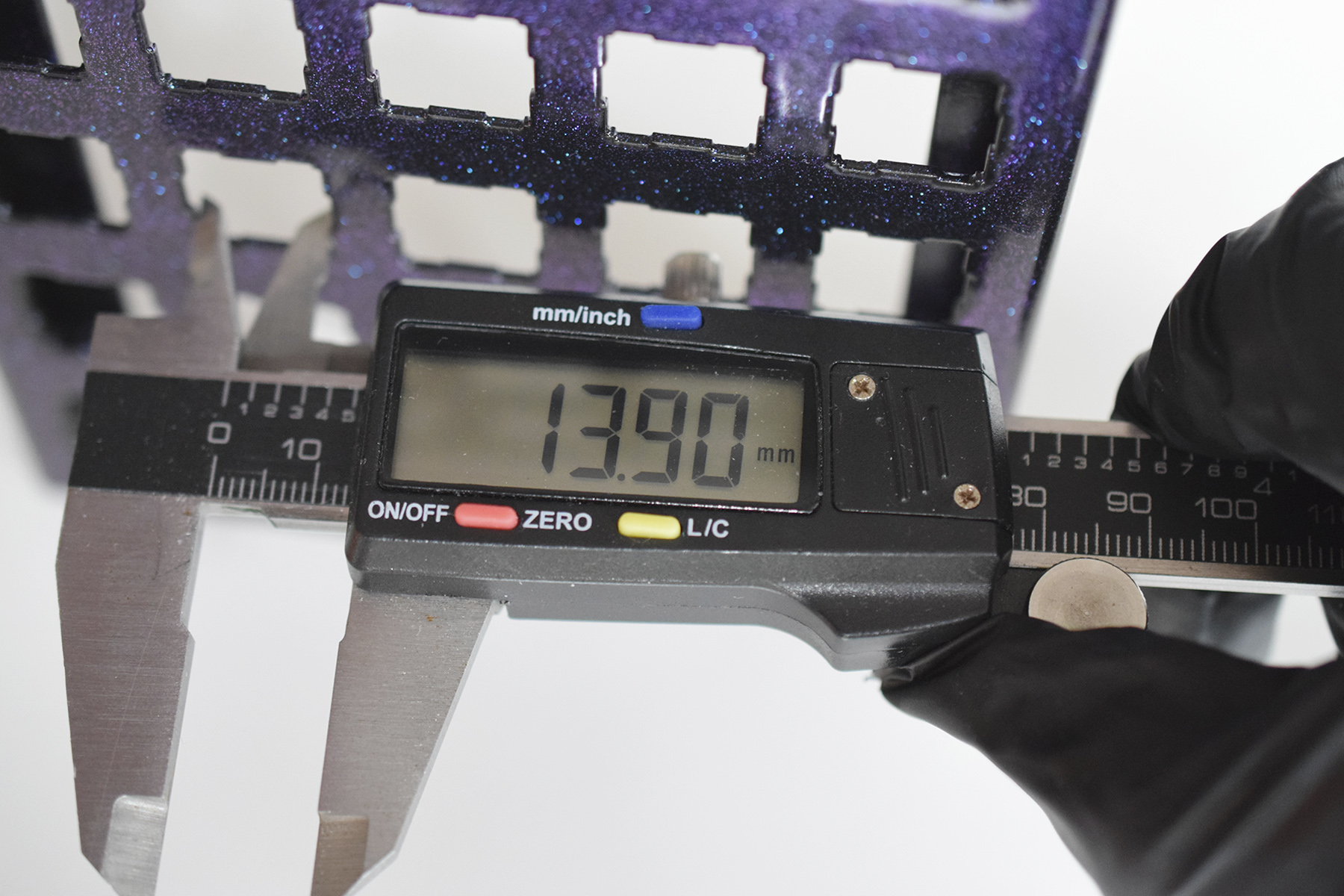 Switches need to be secure and friction-fit. Even though I am using thin metal, I do not want to rely on the clipping mechanism.

Initially, I did plan on having the switches clip in, I believe this provides extra reassurance when closing the tops of housing, and makes it easier to remove keycaps without pulling the switches out. However, I decided against this in the final design because requiring a switch-puller to remove switches adds an extra step which might become too inconvenient. Being able to just pull a switch out of the cutout is the standard for a lube station, which I now acknowledge and embrace.

Coating will always add thickness to the material; the Chameleon effect actually requires 2 coats of powder, so I actually needed to calculate and plan thoroughly.
Switches cannot fit into the cutouts if it is too tight, and I will fail my goal of a secure, friction-fit if the cutouts are too large.

I mistakenly made Prototype 2 with cutouts exactly 14mm in height; this definitely does not allow switches to fit once a coating is applied. The final metal cutouts were made with a size of 14.15mm and the final result after the coating is perfect for a friction-fit.

It’s important to note how thick a Powder Coated finish can be; it can easily effect tolerances and fitment. This folded metal was in initially 1.2mm, however, increased by 0.3mm and finished with a thickness of >1.5mm. 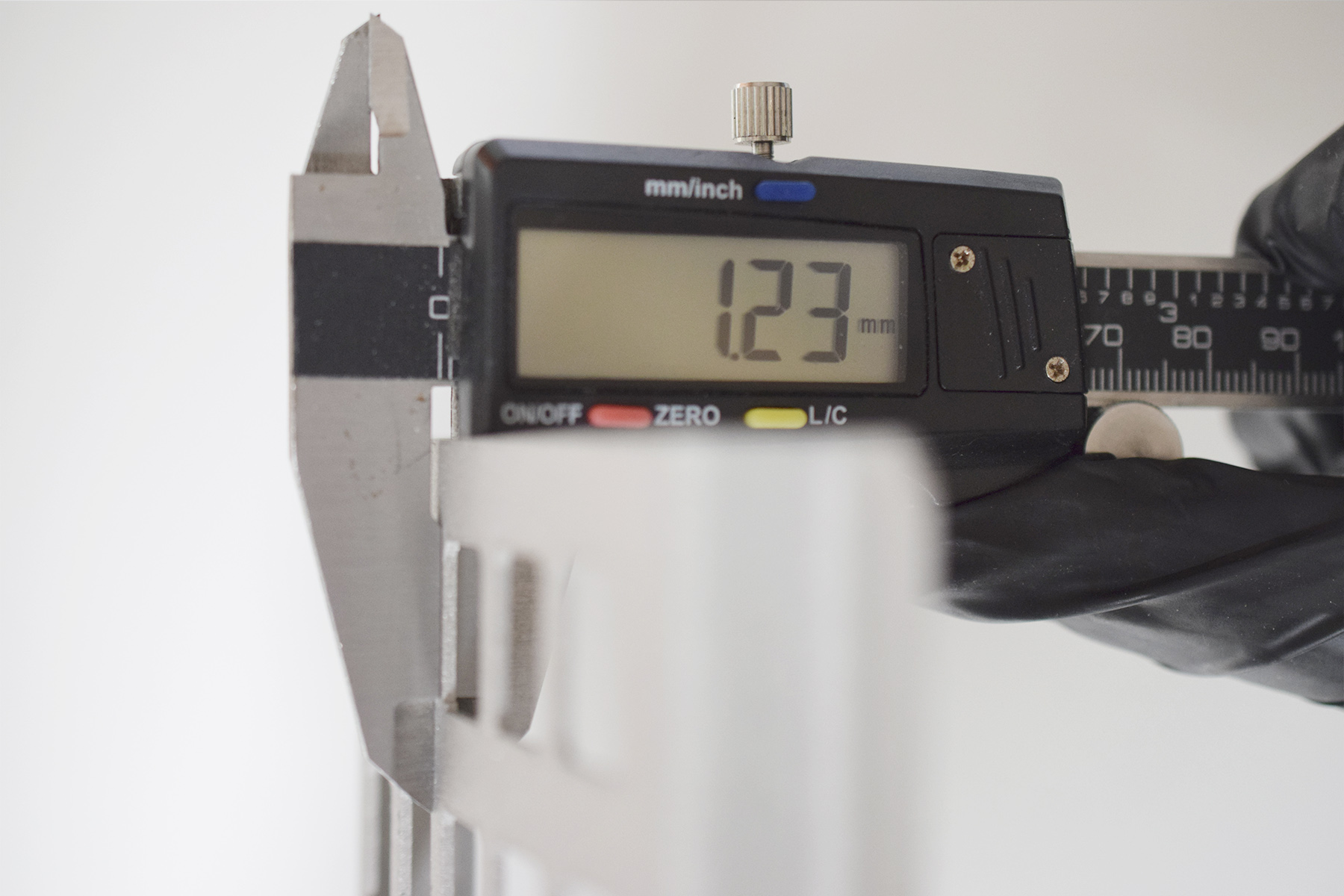 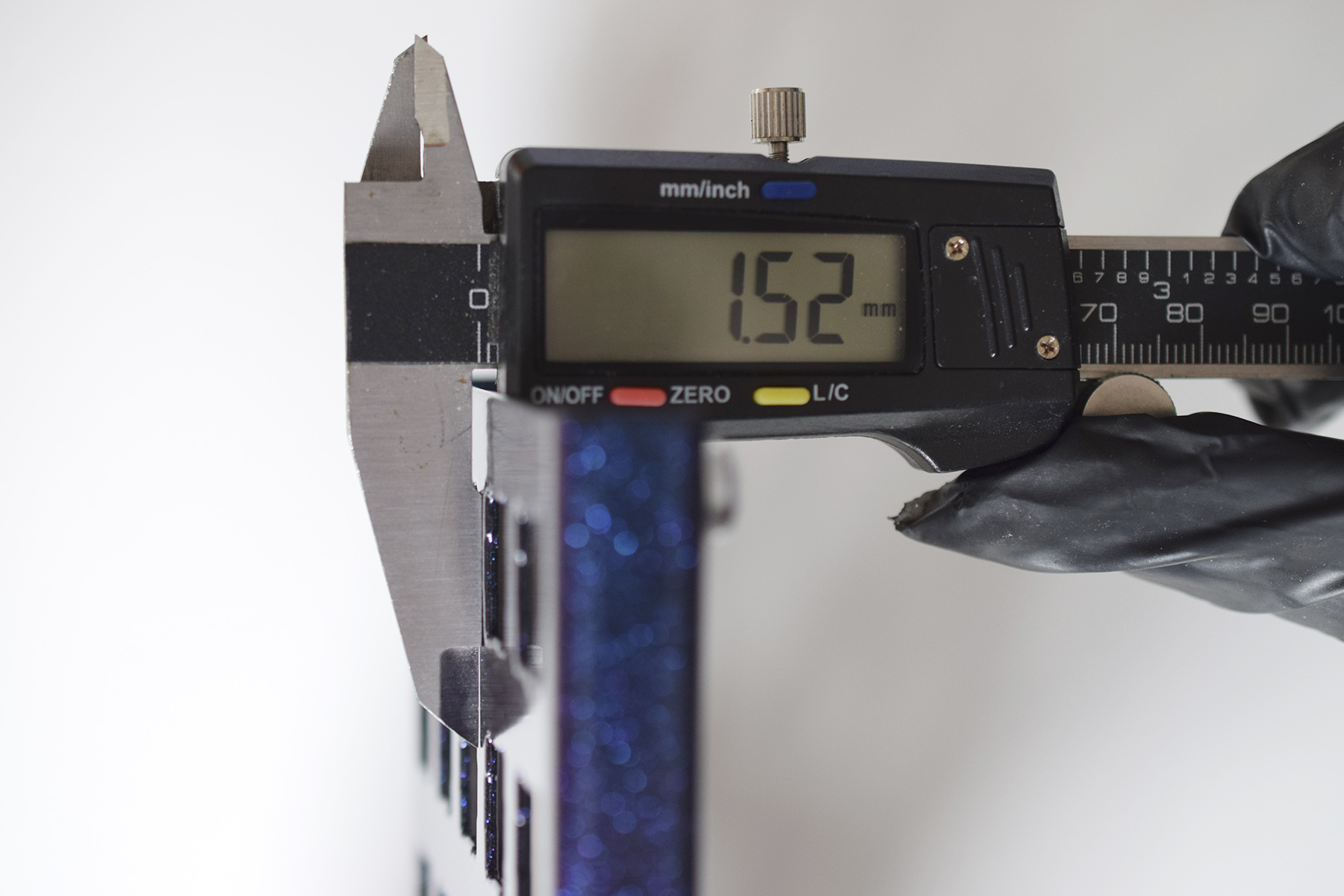 Admittedly, over time I simply lost motivation to continue the project. By Prototype 2, I had a rough enough idea of the feasibility for a larger production run. I’d be able to price them below 50AUD, but I’m very doubtful the wider community has an appetite for fancy lube stations, given acrylic is much cheaper, more accessible and widely marketed. 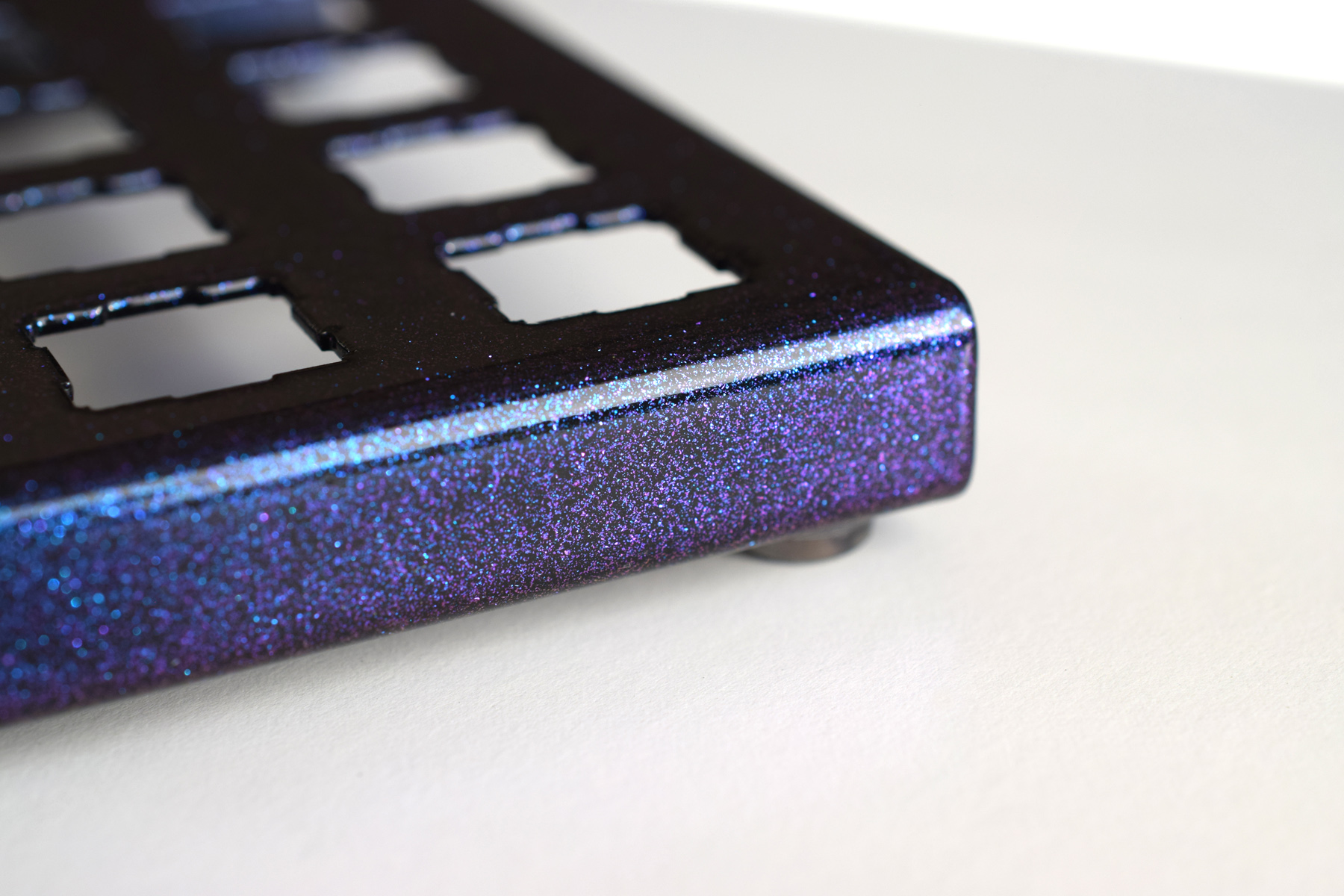 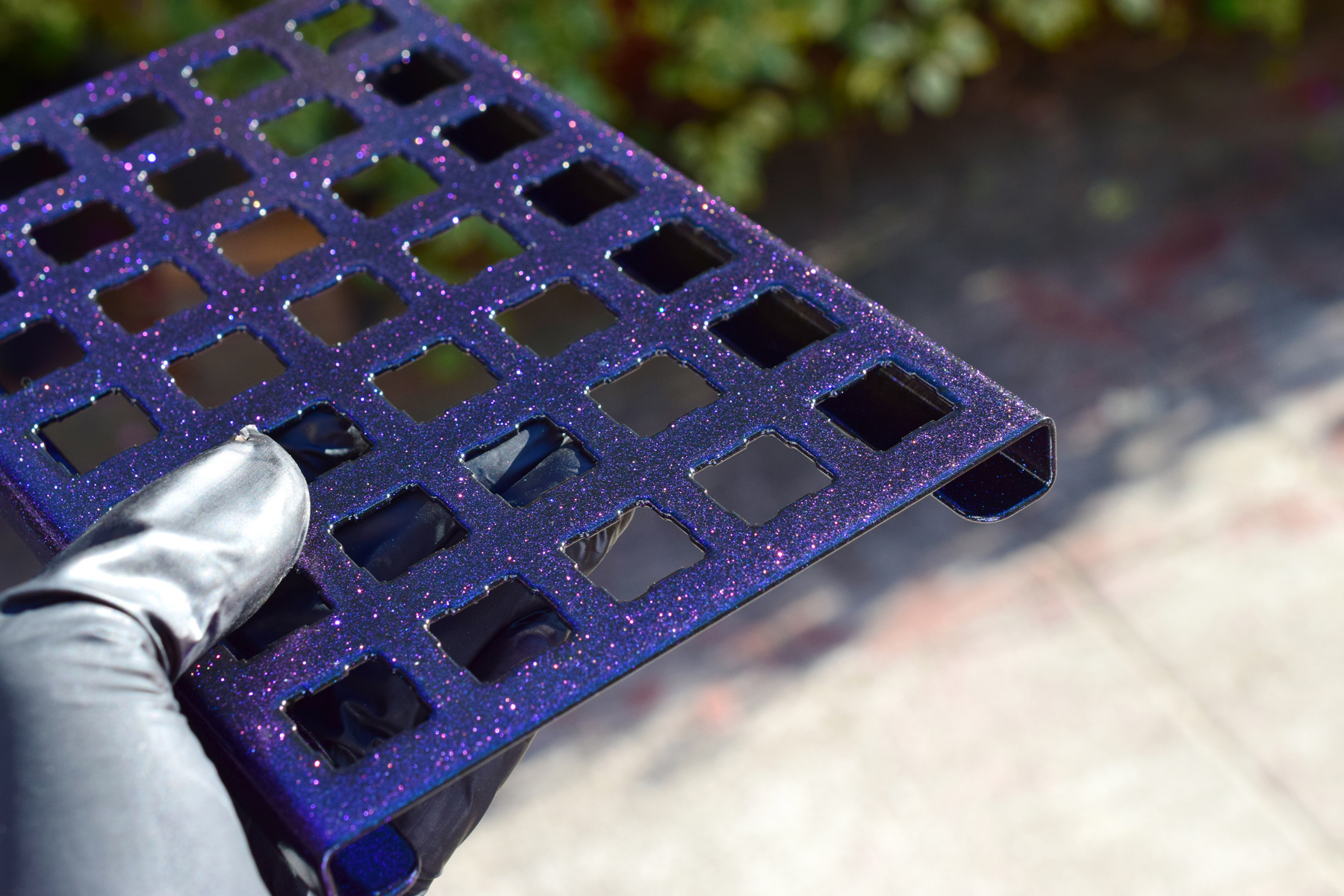 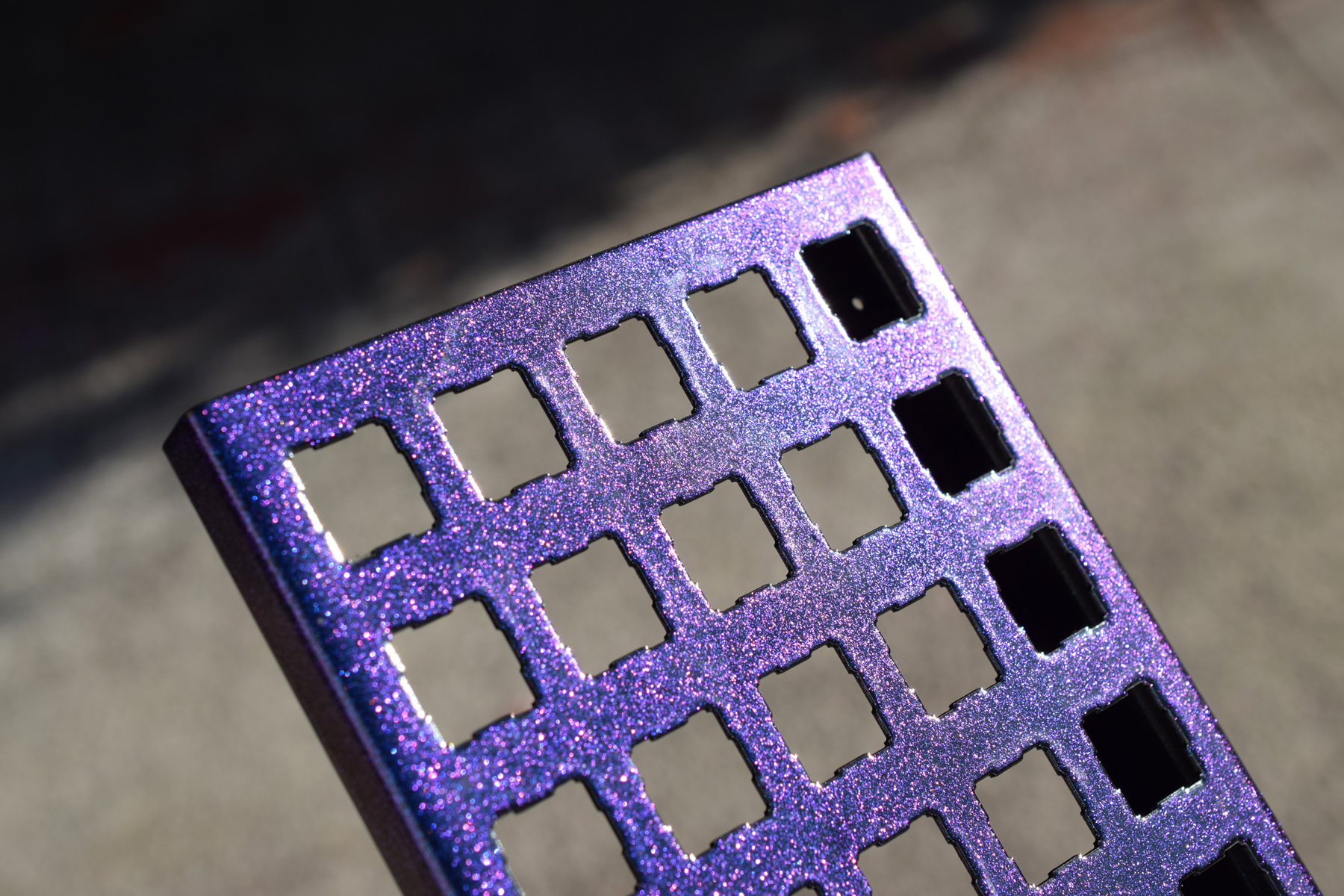 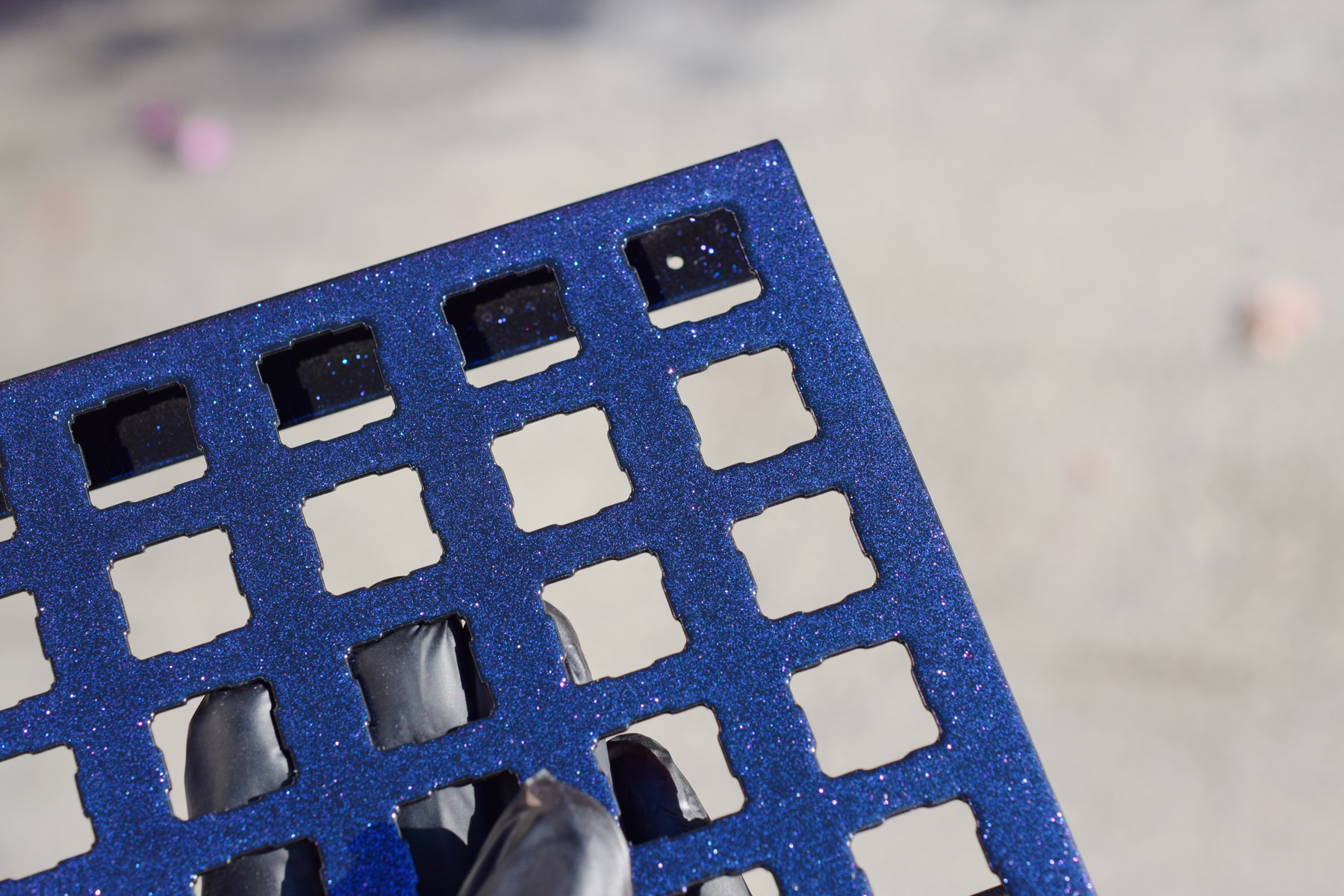 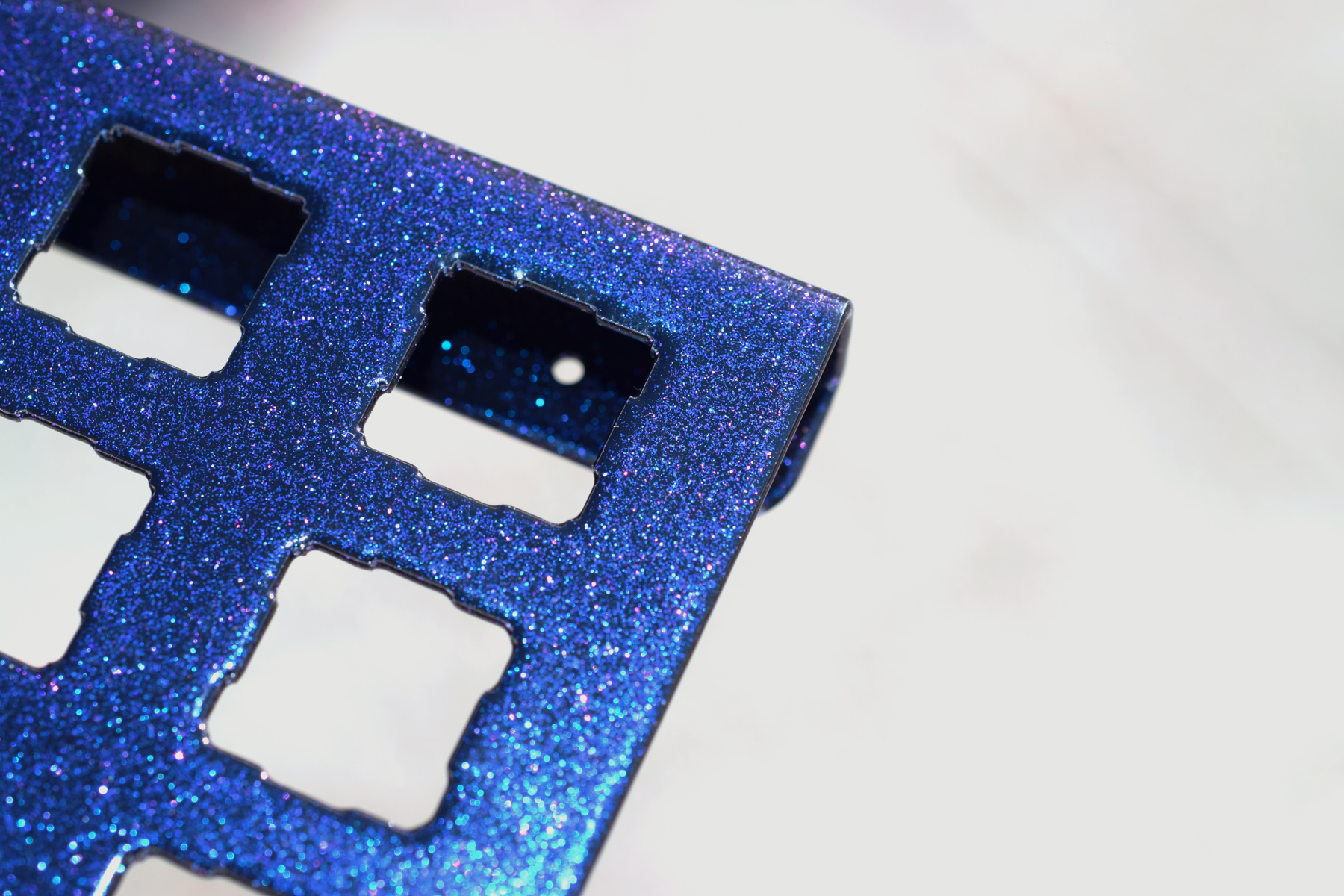 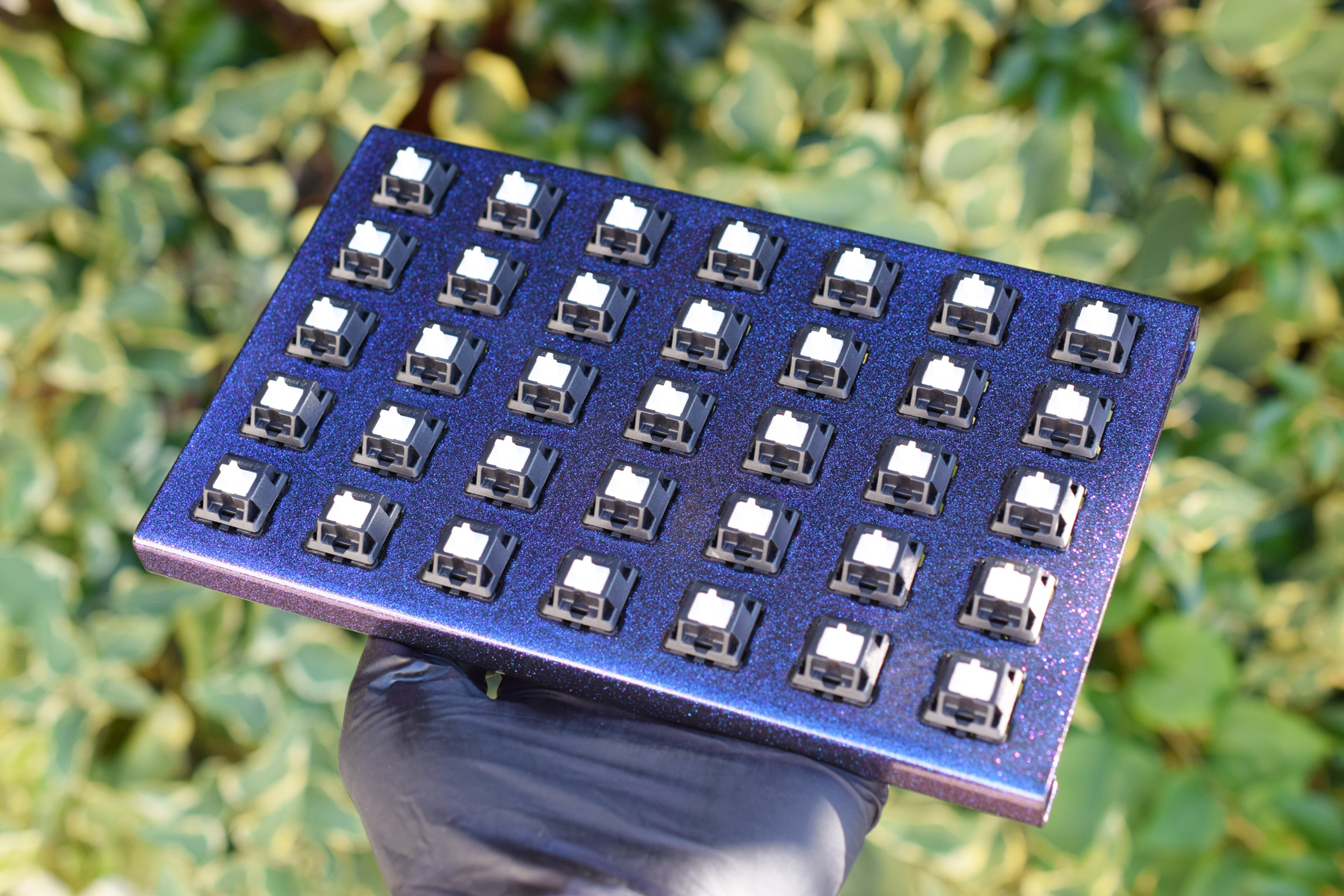 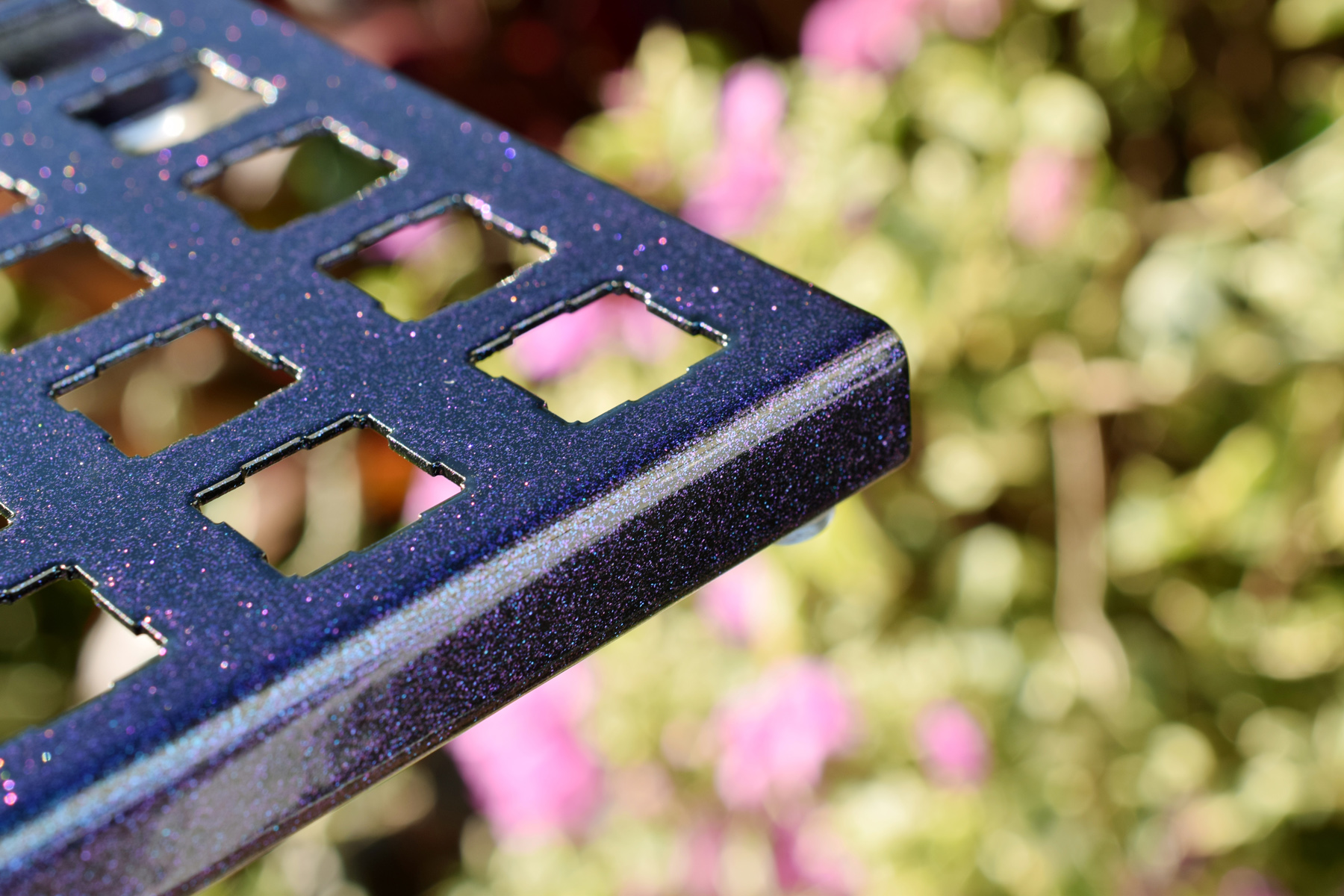 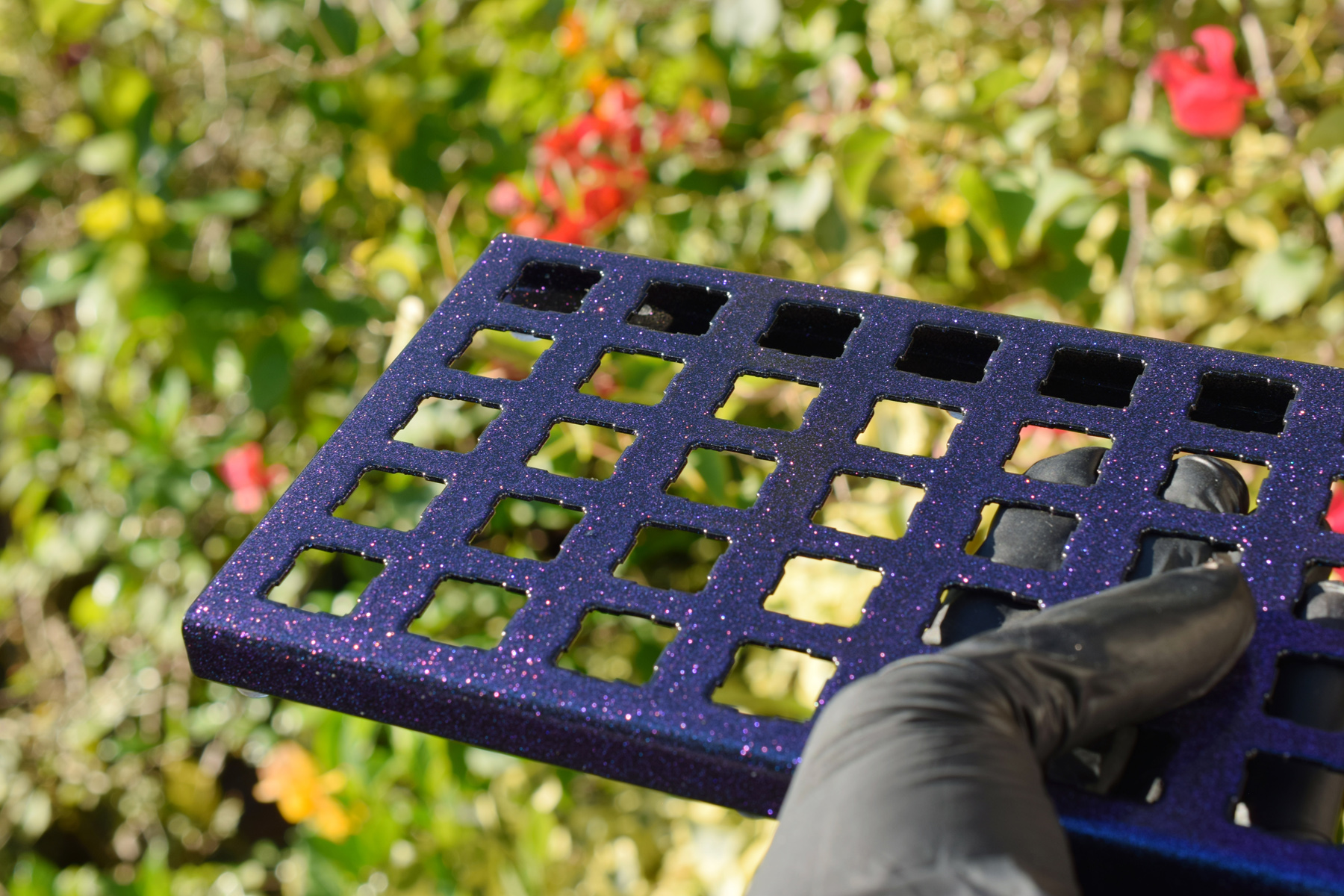